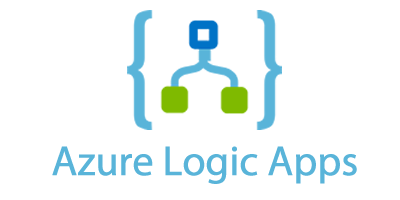 Logic Apps can of course be created directly in the Azure Portal, but I thought I would get my VS Code environment set up with the necessary plugins and configuration after seeing some cool demo’s at the recent Welsh Azure User Group.

I am keen to get as much configuration capability worked out and understood from my VS Code environment as possible and Logic Apps is no different.

Arguably you can get started with Azure Logic Apps faster with VS Code!

For this blog I am going to look to create a Logic App to understand the basic concepts, so hope you get use out of it!

Before you start, make sure that you have these items:

Once signed in you should see this:

And all your subscriptions should be visible in your VS Code window under Logic Apps.

4. Select an Azure Region to save the Logic Apps metadata:

5. Provide a Name for the Logic App and Press Enter:

For example, here is a sample logic app workflow definition, which starts with an RSS trigger and an Office 365 Outlook action. Usually, JSON elements appear alphabetically in each section. However, this sample shows these elements roughly in the order that the logic app’s steps appear in the designer.

6. When you’re done, save your logic app’s workflow definition. (File menu > Save, or press Ctrl+S)

When you’re prompted to upload your logic app to your Azure subscription, select Upload.

This step publishes your logic app to the Azure portal, which and makes your logic live and running in Azure.

In the Azure window, under Logic Apps, open your logic app’s shortcut menu, and select Open in Designer.

The read-only designer opens in a separate window and shows your logic app’s workflow, for example:

To review your logic app in Azure portal, follow these steps:

These are the basic principles of creating and editing a Logic App via VS Code.

My Main ReadMe Page is all set up with a bit about me!

The guys at 100DaysofCloud have set up the GitHub repo to be cloned and also have a great repo containing ideas and areas to collaborate on: https://github.com/100DaysOfCloud/100DaysOfCloudIdeas

My Github Journey tracker can be found here: https://github.com/jonnychipz/100DaysOfCloud

Please Watch/Star my repo and feel free to comment of contribute to anything I push! I really look forward to hearing from anyone who is going to jump on the journey around the same time as me! Lets see where I get to in 100 days!

I would encourage others to jump on this journey, I’m not sure that I will be able to commit every day for 100 days, but as long as I can complete 100 days that will be great!